What Is A Leaky Gut

Facebook
Twitter
Pinterest
LinkedIn
Email
While foods are probably the main culprit of causing leaky gut, there are other issues that must be addressed as well. Over the counter medications and certain personal care products are also to blame.

In my practice, I will occasionally see patients that seem to be doing everything correctly.  They’re fasting, and they’re eating seemingly good foods consisting of vegetables, some fruits and meats. They’re refraining from sugar, milk, ice cream and foods containing gluten. However, they’re still having issues with digestion, inflammation, rashes, headaches, not losing weight, brain fog, etc.

This left me no choice but to “dig in” even deeper into the current research to determine what could be the missing pieces causing these issues. The first thing I discovered was the fact that some people’s guts (intestinal tract), particularly their gut lining, we’re sick and we’re not getting better in spite of their best efforts previously mentioned.  This condition is referred to as leaky gut.  Leaky gut is when undigested food, poop, bacteria and other intestinal content leak through the intestinal wall and enters the bloodstream, lymphatics and glands. This triggers a generalized immune system response. That response is called inflammation which, if it becomes chronic and sustained, begins to wreak havoc on our bodies and their systems. This inflammation can manifest in the form of joint soreness leading to arthritis, brain fog, skin issues, cardiovascular issues and just about any other inflammatory condition you can name including even the dreaded autoimmune diseases. So the question becomes how and why does this occur and what can be done about it. 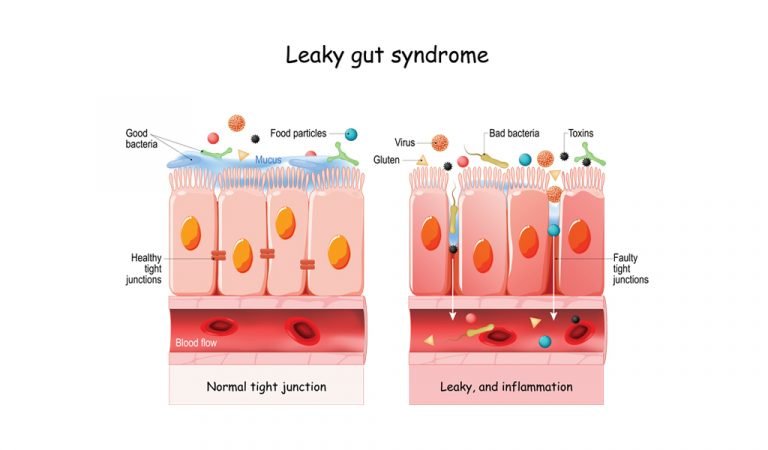 As my research continued, I eventually came across the work of Dr. Steven Gundry, MD, a renowned heart surgeon that is now practicing functional medicine. His work showed that certain foods, particularly certain vegetables, contain large proteins called lectins. One of the more famous lectins you have probably heard of is gluten. Lectins are one of the substances that damage the wall of the gut which leads to the leaky gut problem. Some say, “It’s like eating ground-up glass” when you eat foods that contain lectins. It literally cuts up the lining which then allows the leaking and all its subsequent problems.  This may even happen in people that are not experiencing any immediate symptoms.  So, according to Dr. Gundry, and I have joined this camp as well, we need to begin to cut back with the intention of eliminating foods that contain lectins. This is so our guts can “seal and heal”. Fasting is also to be considered as it gives the gut a mini-vacation and a well-deserved rest from the hard work of digestion in order to heal.

While foods are probably the main culprit of causing leaky gut, there are other issues that must be addressed as well. They include such things as over the counter medications that we may be taking and certain personal care products that we use.  Chemicals and other substances that may be in foods, or added in food preparation, such as monosodium glutamate, nitrates and others, should be closely looked for and eliminated. You can check out Dr. Gundry’s book Plant Paradox or look at his website for a detailed list of foods containing lectins.

Disclaimer** Blogs are not intended or implied to be a substitute for professional medical advice of physicians. The information included is for general or educational purposes only. Readers should consult their physician in matters relating to his/her health and particularly with respect to this information or any symptoms that may require diagnosis or medical attention. Reading this information does not create a physician-patient relationship.